According to the Puppet’s 2016 State of DevOps Report DevOps is no longer a mere fad or buzz word but an understood set of practices and cultural patterns.

DevOps was originally coined by Patrick Debois and Andrew Shafer in 2008. The velocity conference  community made DevOps a known term with the famous 10+ deploys per day: Dev and Ops cooperation at Flickr in 2009.

Daniel Greene in techcrunch defines DevOps as a set of practices, tool and policies that lead to improved quality and automated delivery. But I really like Gene Kim’s definition in his book the phoenix project where he refers to DevOps as the outcome of applying Lean principles to the IT value stream. These principles are age old but are now used to accelerate flow of work in software development through product management, development, test, operations and Information Security.  Adapting lean principles and shift left, Toyota’s mantra is to stop and fix quality issues before they manifest at the end and also deliver just in time parts and support.

Amazon in 2011 deployed code every 11.6 seconds, Netflix several times a day and Google several time a week.  Gary Gruver’s description of their transformation of HP’s laserjet division where 400 people distributed across 300 continents is able to integrate around 150 changes or 100,000 lines of code  into the trunk on their 10m lines of code base every day. 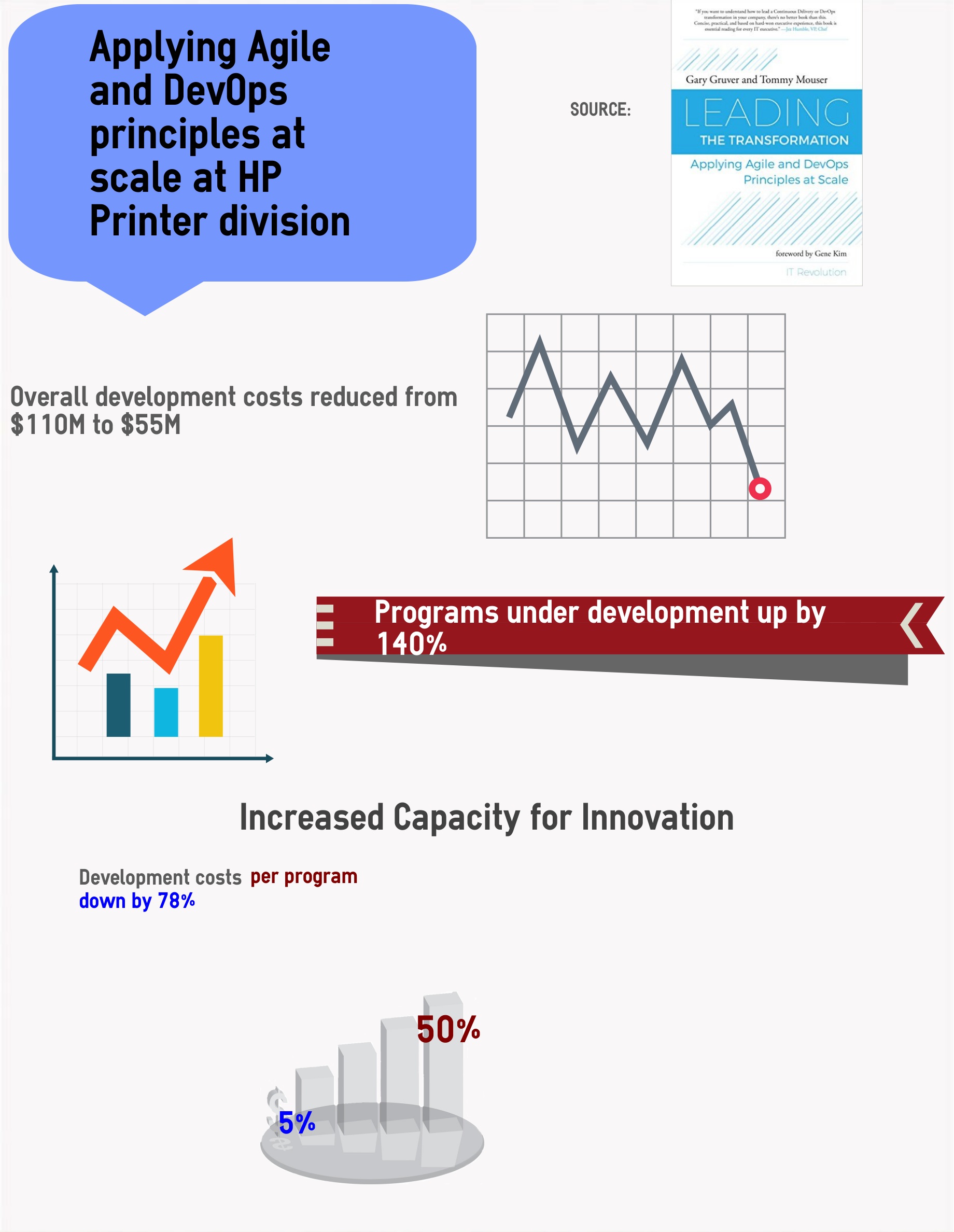 DevOps transformation at scale is hard and needs changes in both organization and technology bringing together teams that have been in the past operated separately and introduces innovation that automates end to end software development pipeline.