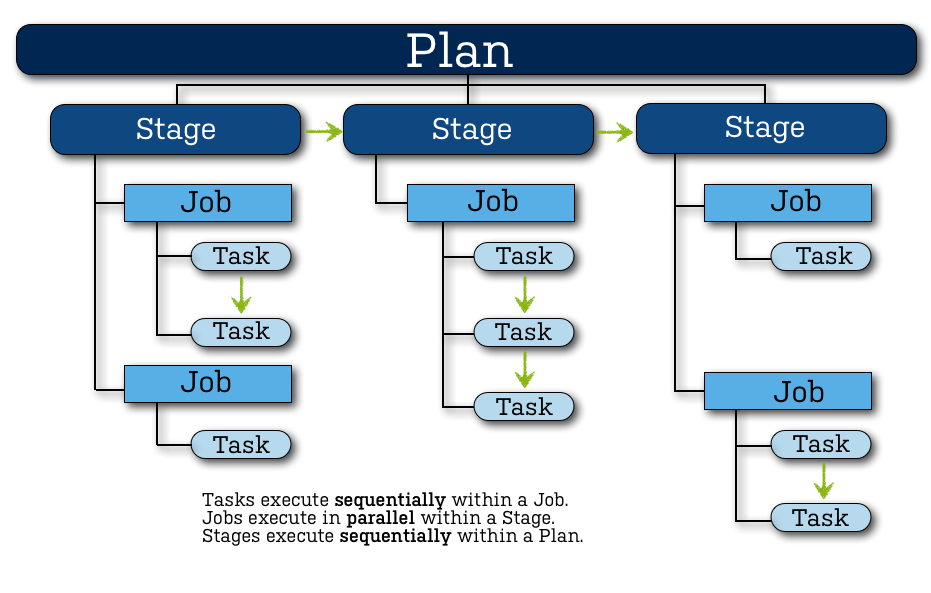 November 1, 2015 | by An Nadein | 1 Comment
For the past 10 years, my projects’ Continuous Integration were done on Hudson/Jenkins. Cannot say I’d ever been a Jenkins fan though, but I haven’t had a chance to work with alternatives either. Until I stumbled over Atlassian Bamboo.

At the end of the day, both Bamboo and Jenkins are Continuous Integration (CI) tools, but while Jenkins is doing its best to support Continuous Delivery (CD) via newly developed plugins, Bamboo is built with CD in its backbone.

Bamboo CD pipeline is a chain of stages. Each stage contains 1 ore more jobs. Each job consists of one or more tasks.
For example, a project continuous delivery pipeline consist of the following stages: package, deploy to QA, run tests in QA, deploy to UAT, smoke tests in UAT.
“Package” stage contains one “Build and Package” job that has “compile”, “unit test”, and “install into Artifactory” tasks.
“Run Tests in QA” stage contains 2 jobs that are executed in parallel: “Run Regression tests” and “Run Functional tests”.
All jobs in one stage have to be completed successfully before moving to the next stage.
Steps can be configured to pause for manual input.
As a part of a pipeline, a release candidate can be manually approved and promoted to higher environments. For example, a build that successfully passed all stages including a smoke test in UAT can be marked as approved by UAT team and promoted to Prod by Operate team. Bamboo groups permissions would ensure correct access to these functions.

Many daily CI features are put on auto-pilot: